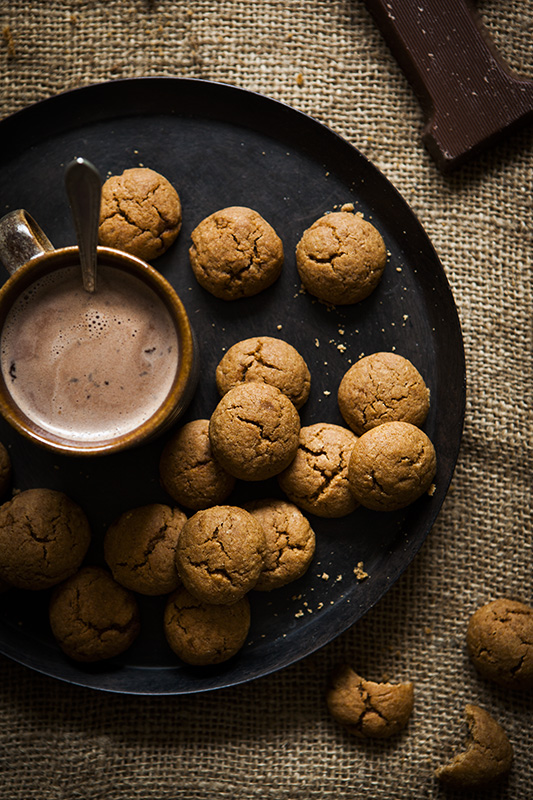 As Rob is Dutch and I am Irish we end up celebrating each others Holidays and traditions, mainly just the fun ones as neither of us are religious or from religious families. December ends up being a busy month for us with celebrating the Dutch Sinterklaas and Christmas in Ireland. I’ll explain a little bit about this Dutch holiday, as it is under quite a lot of criticism in recent years.

So, Sinterklaas is celebrated every year on December 5th (today). The figure Sinterklaas is very similar to our Santa Claus, it also sounds very similar, and it is believed that the basis of our Santa is from this fellow, Sinterklaas. On the evening of the 5th, children are given different gifts and sweets, typically Kruidnoten (recipe below) chocolate letters, marzipan etc.
Sinterklaas also has a helper, Zwarte Piet (Black Pete) who is usually portrayed by a white man with a black painted face, bright colourful 17th century clothes, bright red lips and usually a feather in his hat. His main job is to keep track of the good and bad kids, good children will get presents from Sinterklaas, but bad children will be put in a sack and the Zwarte Pieten take them to back to Spain for a year to teach then how to behave…….how delightful. Dutch tradition says that Sinterklaas lives in Madrid and every year he chooses a different harbour to arrive in Holland, there is a long tradition dating back between Holland and Spain, but we wont be getting into the colonisation of Holland here.

Now, it’s not really a surprise that people have picked up on this tradition and find it offensive. The Dutch are very strong in the belief that it’s not a sign of racism and a throwback to slavery. This will be an ongoing debate for years to come, and everyone has their opinion on it. Having lived in Holland and with a Dutch boyfriend, I see the tradition and fun side of things, giving of gifts and enjoying festive baking but then moving back to Ireland I see the reality of the tradition, and obviously feel certain aspects need to change and modernised.  If you have any views on it, I’d love to hear in the comments section?? Now, more importantly, back to food. One of my favourite traditions of Sinterklaas is giving a chocolate letter from the first letter of your name, maybe it’s because I never see anything with Zita or Z written on it but I always look forward to seeing these pop up around the shops every year. Rob’s mum sent us over a package from Holland with some nice things to eat and in it was a chocolate R and Z.

Kruidnoten are a really really REALLY simple cookie to make blasting with Christmassy spices. Now I used Spekulaas spices to make this, but they are similar to pumpkin spice in the US or mixed spice in Ireland and the UK. Start all by heating the oven to 150C° or 300F°. Prepare a baking tray with some parchment paper.Begin by adding the flour and butter in a large mixing bowl, and start mixing them into eachother. When the butter is broken down into small bits add the brown sugar, speculaas spice and salt. Stir all of this to combine.

Make a little well in the centre and add in your milk, mix all of the ingredients to form a dough. Cover and let rest in the fridge for around an hour, you can skip this part but I always prefer to let the flavours blend into each other.

Take off small lumps of the dough (I measured 6g or a teaspoon) roll into a ball shape, place onto the prepared baking tray and press slightly down with your thumb (don’t flatten them)Bake in the oven for around 20mins, they will be soft but will harden while they cool. Place on a wire rack and nibble on them until your hearts content. Traditionally, have these with some hot chocolate or aniseed milk.

Another Sinterklaas recipe is here check it out.